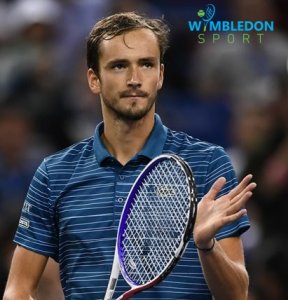 Daniil Medvedev is Russian Top ranked tennis player from Moscow. Currently, he is living at Monte Carlo, Monaco. It’s to be cleared that he has no relation with Andrei Medvedev who was world No. 4 player.
Grass court is his favourite surface, may be a future Wimbledon Champion is coming up. He attended Physics and Mathematics Lyceum school. He has captured all hard court titles and has achieved 59 victories. He became the youngest finalist of Grand Slam after Djokovic.
Got on No. 4 on Men’s singles ranking on September 2019 (09-09-2019).

Social Activities
He is socially not so active.