It’s one of the oldest tournaments in the tennis world and one among Grand Slam Tournaments that was started 142 years ago in 1877. First championship was played in 1877. It’s played in late June & early July usually last Monday of June for two weeks duration. It’s outdoor game and played on Grass courts and considered as the classic tournament grass.

Since 1988 Australian Open shifted to hard courts it has been left as only Grass Court tournament among Grand Slam. First championship was held under the supervision of All England Lawn Tennis & Croquet Club who’s winner was the Spencer W. Gore from United Kingdom (U.K). This first game was played at Worple Road, Wimbledon. It’s usually recalled as championships, Wimbledon, The Championships or simply Wimbledon.

It has following major categories in which games are played

After that club organized first Lawn Tennis Championship in 09 July 1877 that became Wimbledon Championship. First champion was Spencer Gore. Rules were devised and not much changed since then except few like Distance of service line form net, Height of Net and Post.

In first event of Wimbledon championship only one event was organized which is Gentlemen’s Singles. Just after 7 years of its inauguration in 1884 Ladies Singles were added to this tournament by the club which was exclusively for the men’s at that time. Not only ladies but men’s participation was also leveled-up by adding Gentlemen’s Doubles competitions. Many years after these competitions other categories were added of Ladies Doubles and Mixed Doubles.

It would be interesting for you to know that initially professional players were not allowed to participate in the game but amateurs (Non-Professionals & unpaid) only. It was the way that previous year’s champion would had play Final only and given byes (he won’t play previous rounds) until 1922 and second opponent was the winner of all previous rounds. It was practiced for other tournaments except Ladies Doubles & Mixed Doubles. After that byes was eradicated for everyone and to win player had to play form start to final match.

As its very prestigious tennis tournament held at England annually, But ironically England has not won single’s title since 1936 and women’s single in 1977.

All matches are called single elimination tournaments except Gentlemen’s, Ladies Invitation Doubles & Senior Gentlemen’s. Matches of Gentlemen’s singles & Doubles are called best of five sets and other matches are best of three sets. Many tie-breaking matches have been played up to 2018 when score had arrived 6-all in all sets except fifth one in match that have five set match or in third set in three set match.

But recently in 2019 a development has been derived that final set tiebreaker game has been played if the score has arrived 12-all in the final set.

As discussed earlier that Wimbledon is the most prestigious tennis tournament played in London, England, so it has to major courts the Center Court which is most famous grass tennis court in the world & Court No.1 and many other splendid courts. Mostly theses two courts are used for the championship for two weeks annually. Other courts are used for other formats and championships of tennis regularly. Two main courts were also used for the second time in 2012 for Olympic Games.

It is main or principle or primary court for the Wimbledon opened in 1922 when All England Lawn tennis & Croquet Club moved to Church Road form Worple Road. It has seating capacity of almost fifteen thousand 14979. It was renovated later in 2009. It’s called “Center Court” because it was at the center in its previous location at Worple Road, so the new location was maintained the name. It got retractable roof in 2009 championship which makes it possible to play game in rain, night and other conditions.

It’s other grass court owned by the All England lawn Tennis and Croquet Club Wimbledon. It was opened in 23 June 1997 and renovated later in 2019. It has very remember able seating capacity for 12,345.

Actually it’s not originally the court No. 1. Original one was constructed in 1924 at west side of center court with seating capacity of 2500 and standings as well. But it was small court that’s why it was substituted in 1997 by current No. 1 court. Old court’s site is being used by media center. Current court No. 1 is on north side of center court.

In Wimbledon the winner of Singles (Gentlemen’s) receive silver gilt cup since 1887 ten years later since of its first game, and the Singles (Ladies) are awarded with silver slaver or Rosewater Dish. Both trophies are property of All England Lawn Tennis Club which keeps it in the museum. Players are awarded the replicas of trophies.

Winner of all Doubles events are presented with Silver cup. It’s the specialty of Wimbledon that each player is awarded a trophy in these events unlike other Majors / Grand Slam tournaments where single trophy is shared by both wining players. Inscribed silver plate is awarded to runner-up players.

As discussed earlier Wimbledon was not for professional players but for amateurs only. In 1968 professional players were permitted to play, so the prize money £26,150 was awarded to winner of men’s and £2000 to women’s. After that it has been increasing to it’s current rate. Following table explains recent rate. 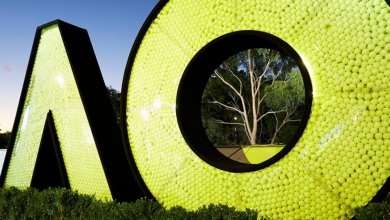 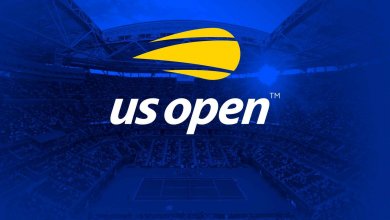 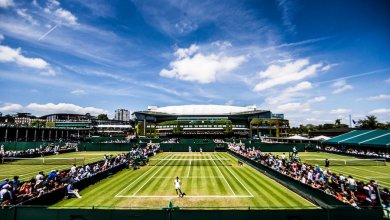 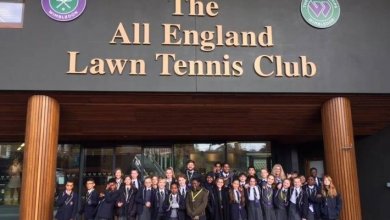