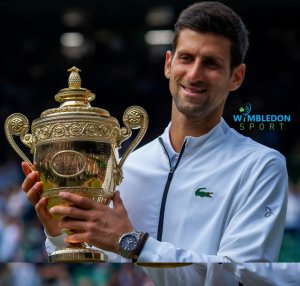 Novak Djokovic is Ranked No. 1 professional tennis player from Serbia, born 22nd of May 1987, in Belgrade, Serbia. He is currently living in Monte Carlo, Monaco. He is the first Serb who’s ranked No.1 by ATP. He has many titles ranked his name some of them are as follows

Following are the major titles/winnings of Novak Djokovic and his performance in Grand Slam events Australian Open, The French Open, The Wimbledon Championships, and US Open.

He is among one of the greatest players ever to pick up a racquet, Novak won his first Grand Slam title in the 2008 Australian Open after defeating Jo-Wilfried Tsonga in four sets in the final. He won his first Wimbledon and first U.S. Open in 2011, and in 2016 completing the career Grand Slam by ousting Andy Murray in the Roland Garros final.

With that title, Djokovic held all four Grand Slams at once, and he had a 30-match Grand Slam winning streak until Sam Querrey beat him in the third round of Wimbledon in 2016. Djokovic, who reached No. 1 in the world for the first time on July 4, 2011, is known for his remarkable all-court play, aggressive baseline skills, tremendous stamina, and unparalleled consistency.

He is a horribly defensive player and one of the fittest men, and he has developed a fatal serve over the years.

In the following link, you can read about his net worth, racket, shoes, sponsors, career prize money earnings sponsors, t-shirt, and other brands he endorses.

Novak Djokovic Foundation, established in 2007 with the motto “Believe in their Dreams” having the aim to help children from low privileged communities to gain access to pre-school education.

The foundation has successfully finished 37 projects, renovated/constructed 17 schools, trained 600 plus teachers, 3,000 books donation, and built a sensory park for autistic children along with a tennis court in Priboj, and others.

NDF partnered with World Bank in August 2015, to promote early childhood development in Serbia and globally, as well as investments to help disadvantaged children in Serbia.