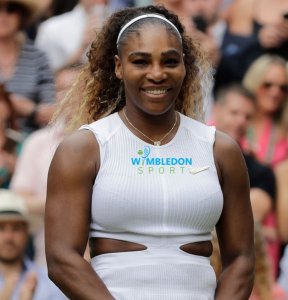 Serena Williams is professional tennis player who had done wonders in the world of tennis. The iconic tennis player of the history had won her first Grand Slam title in age of 17. She was world No.1 player and had won 23 Grand Slam / Majors titles in singles category which is highest in Open era history by any man or woman.

She gained top position in July 2002 which was maintained for consecutive 186 weeks and over all for 319 weeks which itself is a 3rd record in open era of female player.

She had won Gold medals in 2000, 2008 and 2012 in both Singles & Doubles category. Her carrier is not only about her, but she has also played her sister Venus to win 14 Grand Slam doubles titles.

The American player has also won Gold Medals in Olympics both in Singles & Doubles categories. It’s just short detail of her achievements in tennis world, still many other titles are on her name stated briefly below.

The legendary tennis US tennis star devoted a lot of time and money to charity, including opening two Serena Williams Secondary Schools in Kenya.