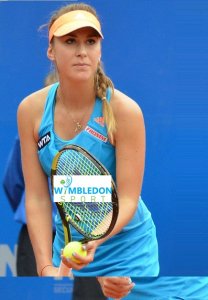 Bencic is professional tennis player from Switzerland : country of numerous lakes, villages and the high peaks of the Alps. She began playing tennis from the age of 3 years and became top ranked tennis player.

She has won Junior No. 1 title in singles both at French Open and Wimbledon in year 2013. After this achievement a great boost to her carrier was expected but that did not work that well. She beat Ana Ivanovic, Serena Williams and Simona Halep in his starting professional carrier. In the year 2010 she ranked top 10 on 7th position. Afterwords she remain volatile among top 10.

The Swiss’s great breakthrough happened at the 2014 US Open when she steeped to Quarter Final as the youngest Quarter finalist after 1997.

While many other tennis starts pledged to donate Australian bush fire 2019-2020, she had also announced to contribute $200 for every double fault that she hit during the match.