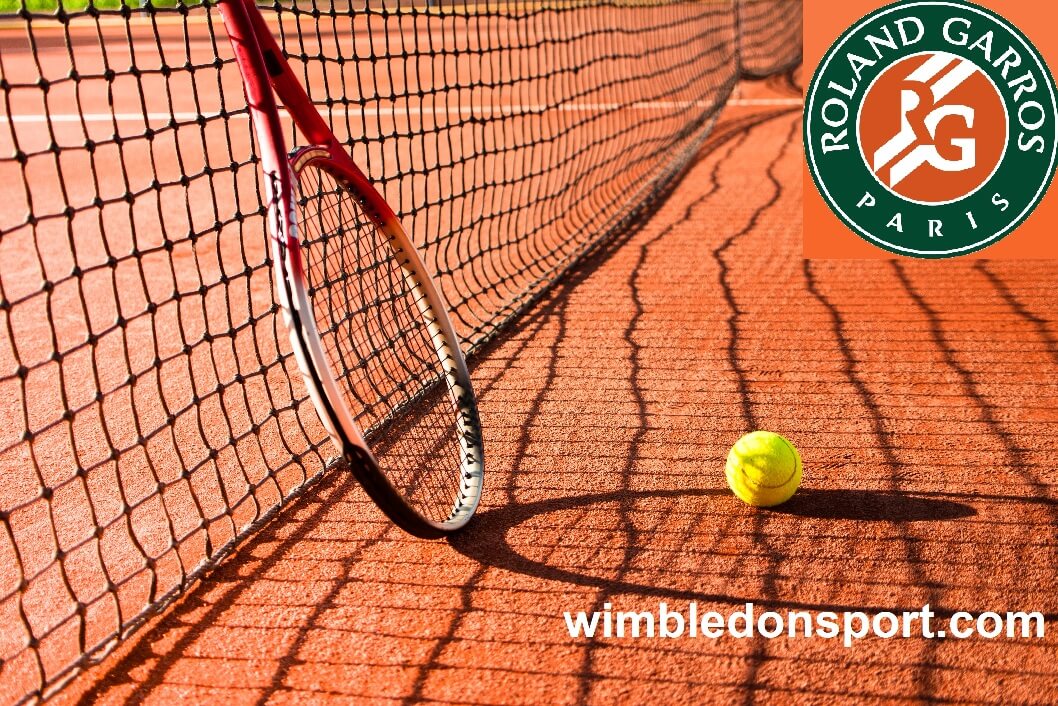 French Open or Roland Garros history has a deep rooted history in tennis and one of Grand Slam clay-court tournaments, held annually at Roland Garros Stadium (Stade Roland Garros), Paris, France in late May – Early June. French open has a wide history but we’ll only take a brief look in this article.

It’s the premier and only clay tournament in Grand Slams calendar. For time being Rafael Nadal is the champion who holds most single titles record and doubles category Kevin Krawietz is champion. While the latest Women’s Singles champion is Iga Świątek, and in Doubles
Kristina Mladenovic holds the title in 2020.

Read about French Open Prize money of this year and commencement date.

In French, it’s referred to as “Championnats Internationaux de France de Tennis” means France International Championship of Tennis. In the starting year of 1891, it was named as Championnat de France – French Championships. It was men’s tournament only in early ages but soon after that women participated in 1897 with four participants.

After a few years of women participation, the competitions for Mixed and Women’s Doubles were also started in 1902 & 1907 respectively.

In the french open history, It was restricted to amateurs or French club members only from its beginning to 1924. Then later in 1925 it became an international and Open (for everyone) tournament & shifted later to the current venue in 1928.

This tournament is being governed by Fédération Française de Tennis FFT( The French Tennis Federation). The Federation is responsible for the development, organization, and promotion of tennis in France.

FFT was established in 1888 and later it was re-named as French Federation of Lawn Tennis in 1920. The word tennis was abolished in 1976 and the current name came into being.

FFT is responsible for participation in international games like the Olympic Games, Fed Cup & Davis Cup etc. It prepares and organizes players for all competitions on national levels as well. The federation has played a significant and important role to rise up french open in history.

In fact, this stadium has created the history of the French Open. This stadium is dedicated to National French Fighter Pilot (war hero) Roland Garros who’s believed that he shot down enemy aircraft during World War-I.

Usually, the surface of Roland Garros (RG) is referred to as ‘’Red Clay’’ but actually it’s not red as there is white limestone on which few millimeters red brick powder is sprinkled, in underneath limestone and volcanic rock is holding surface.

The principal or main court was constructed in 1928 having 15225 seating capacity. It’s referred as central court of the stadium. The current name was given in 2001, Ex-President of French Federation of Teens-FFT.

He rehabilitated the tennis in Summer Olympics back in 1988. It has main four stands having different names. In 2018 stadium was demolished to and constructed in 2019 with a retractable roof is expected to be constructed.

It’s named to a great French woman tennis player Suzanne Lenglen (24-May-1899 To 04-July-1938)  who was the youngest champion & first female athlete to be a sports celebrity in the world and won titles including 6 French Open and Wimbledon championships.

She was also known for her elegant personality. A trophy is also awarded of the Lady’s name to FO Women’s singles champion “LA Coupe Suzanne Lenglen”.

First, this court was named “ Court A”. It has a sitting capacity of 10,068 viewers. It has an underground irrigation facility to control moisture levels within the court’s surface.

Soon it’ll get its retractable roof before next Paris Olympics 2024 which will enable this court to host boxing matches.

It’s latest addition in the Roland Garros Stadium having a seating capacity of 5000, completed in March 2019.

It was built to replace Court  1 that’s currently being demolished. It’s built 4 meters low of ground-level having a greenhouse on all sides.

As mentioned earlier in Mathieu Simonne Court that it’s being demolished which was started shortly after 2019 tournament to built it new architecture.

It had a seating capacity of 3800 and have close proximity to the action. It has observed many memories like upsets of top players. After new architecture among other features, there will be a large screen for viewers to watch the sensational matches and moments.

Well its not long part of the Roland Garros History. As In 2010 French Open tournament introduces ball pickers including boys & girls of age between 12-16 & having a minimum height of 1.75 m & perfect vision. It’s mandatory for those boys and girls to be a member of the French Federation of Tennis.

The total number of applications accepted was 2500. Among these enthusiasts, after training and several tests like picking & Rolling Up balls, thrown accuracy, concentration, etc, only 220 can make their way to French Open matches.

In this brief article, we have tried to cover the Roland Garros history along with its court details and latest facilities they are providing. It’s governing body and it’s role, prize money of a year presented, and traditions especially ball pickers have been discussed here.

If you have suggestions or want to include additional information in this article, then please contact us or comment below.

1 thought on “History of French Open: The Tennis Championship”