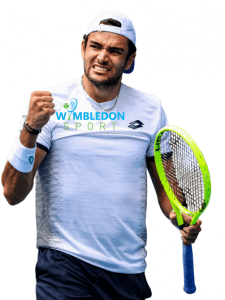 He is Italian professional tennis player, who started playing since childhood and belongs to tennis playing family. His father and mother are also tennis player. He was told by his brother to pursue tennis carrier, as he loves basket ball and football too.

He loves to play on Hard surface court. His favourite player are Roger Federer and Rafael Nadal. He was named as Most improved player 2019 of the year.

He loves Biology and animals, and once wants to be a biologist. Despite of that his favourit subject is History.

Social Activities / Welfare
He is supporting a charity NGO named as ActionAid which is fighting against poverty and injustice in society.