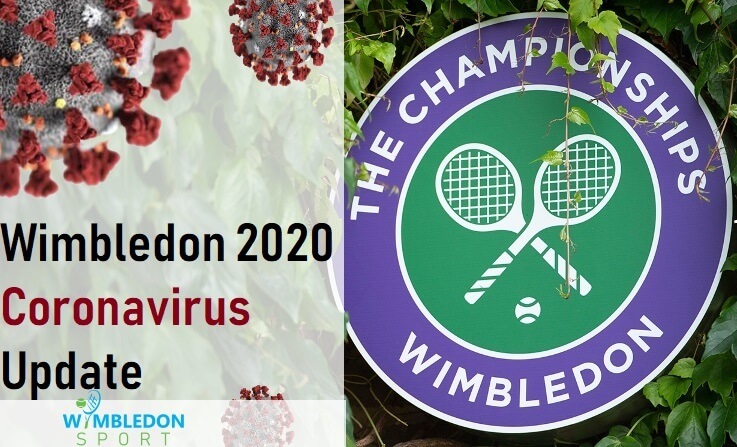 Due to COVID-19 (CoronaVirus) it’s likely that the Wimbledon 2020 will either be postponed or cancelled this year. AELTC has stated that It’ll be decided after meeting with stakeholders next week. AELTC has already ruled out the option play behind the closed doors.

The AELTC(All England Lawn Tennis Club) can confirm that it is continuing a detailed evaluation of all scenarios/possibilties for The Championships 2020, including postponement and cancellation, as a result of the COVID-19 outbreak.

After the meeting of ALETC, United Kingdom Government and WHO (World Health Organization) staff, ALETC decided that the safety of the players is more important than the championships and they didn’t want to take any type of risk about players and staff’s lives.

Here’s what Richard Lewis – CEO of Wimbledon,CBE had to say

The single most important consideration is public health, and we are determined to act responsibly through the decisions we make. We are working hard to bring certainty to our plans for the year 2020 and have summoned an emergency meeting of the AELTC Main Board for next week, at which a further decision will be made.

As the French Open 2020 which was planed bit earlier of the Wimbledon 2020, has already been rescheduled, So the chances are there of same for Wimbledon as well.

Roger Federer has stated that we should not focus on the upcoming Grand Slams (Wimbledon 2020 and French open 2020). First, we all need to fight against the COVID-19 according to the instructions of (WHO).

Roger Federer has already donated thousands of dollars charity for the poor people to survive in this worldwide lockdown and request other players to give charity to support needy peoples in this difficult time.

Update: The next Wimbledon 2021 is expected to happen, as coronavirus vaccine is almost on its final stage.