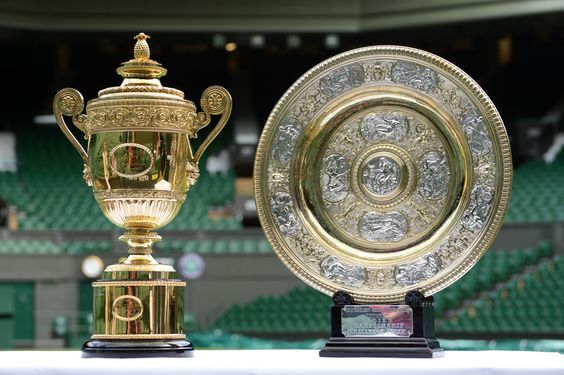 The Championships, Wimbledon is the biggest event of the Grand Slam calendar series. It is the oldest tennis tournament in the world and considered the most prestigious event.

The Wimbledon has not yet announced prize money for the year 2022, as soon as the prize money is announce, we’ll update here for your quick information. Until then you can check history of prize money for this prestigious tennis tournament by scrolling down.

In this year Wimbledon 2022 is going to stage its 135th edition from 27 JUNE – 10 JULY 2022 with full zeal and zest. If you are planning to buy ticket for Wimbledon then you should check this link.

The Championships, Wimbledon is played on outdoor grass courts. This Grand Slam event starts every year in the ending week of June and ends in the next two weeks till July.

In the last Wimbledon Championship, the men and women winners had the chance to earn a share of the total of £35. The men’s singles winners, that is Novak Djokovic and women’s winner Ashleigh Barty grasped £1,700,000 per head in their purse as prize money.

History of Wimbledon Championship Prize Money From 2005 to 2021

The Wimbledon Prize Money is changing year by year because the players need the incentive to play and travel to foreign. Here is the detail of prize money from Winners to Round 1 player from 2005 to 2021 Wimbledon Championships in Pounds( £ ) and Dollars.

If you want to know complete history of Wimbledon Prize money, download it as PDF.

The amount of Prize money has been raised many times in the last many years, so let’s discuss the overall prize money history.

The Wimbledon Championships 2020 was scheduled to be organized from last Monday of June, i.e. 29th June To 12 July 2020 Sunday this year under ALETC.

Every year administration announces prize money for the Wimbledon championship, but unfortunately in the year 2020, it could not happen due to Covid-19 panademic. Many tennis players were also affected by lock down and isloation policies and got low on financial term.

That’s why the Wimbledon tennis tournament management decided to distribute insurance cover due to cancellation to players in lieu of 2020 Championship.

Break Down of Insurance Cover for the Year 2020

The following prize money breakdown had been planned based on world rankings for those players who would have competed.

The management distributed the amount of  £10 Million insurance cover among 620 players who would have taken part in the canceled event.

Prize money was distributed to those whose ranking would have enabled them for direct entry into the 2020 edition by acceptance in main draws or qualifying events.

In the past prize money was announced separately for women and men. And this rule vanished after the 2005 Wimbledon Championship.